All Swedes know where Drottningholm is located. Most people think of the Swedish Royal Family´s beautiful palace just outside Stockholm. However, for hundreds of thousands of golfers Drottningholm is familiar as one of the best-known golf courses in the country.

Royal Drottningholm Golf Club's 18 holes are laid out on crown property and the nearly 1000 members and many guests players are able to enjoy both the beauty of the surrounding nature and the nearby royal palace.

Royal Drottningholm Golf Club's course has park-like character, where the first nine holes are played in an open landscape, while the back nine end in a wooden environment. The season runs from May to October, which may seem rather short to people from southern latitudes, but one should remember the long, light days of Scandinavia make it possible to play late into the evening allowing you to take complete advantage of the season. The pleasant surroundings and the excellent restaurant with a view over the 18th hole contribute to the fact that people like to remain at the club until late in the evening.

Show all nearby accommodations 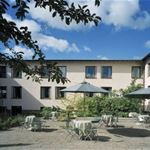 Distance: 4.9 km
Eco-friendly Hotel Scandic Bromma has a quiet location, just 20 minutes from central Stockholm. You can easily reach all of Stockholm's entertainment-areas. There are buses from the hotel to Drottningholm with the castle, the park and theatre.
Book 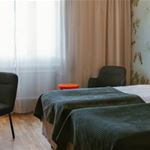 Distance: 6.2 km
Eco-friendly Scandic Kungens Kurva is located in the fast expanding business/shopping-area Kungens Kurva, just south of Stockholm. The world's largest IKEA and the entertainment and shopping center Heron City, with restaurants, cinemas and shops, are nearby.
Book 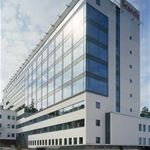 Distance: 7.2 km
Eco-friendly Scandic Alvik is located 5 kilometers from downtown Stockholm. Subway and bus are around the corner, it´s around 10 minutes to the city. Location between the Globe, Tele2 Arena and Friends Arena is perfect if you're going to a concert or event.
Book
Build: 7/22/2021 10:48:21 AM, Host: online3core18, DB: o3.cbguide-8296.cbischannel-30340.v1 online3data04.db.citybreak.com:8080, Controller: Todo, Action: showdetails