The course is a hilly parkland course par 70, in a very scenic setting along the river Taberg and on both sides of the railwaytrack. The course is considered as very well maintained. There is a restaurant and a practice area.

Jönköpings Golfclub is Småland's oldest golf club, founded in 1936 and the club was the 14th club to be elected to Swedish Golf Federation. In connection with the club getting 18 holes in 1961 they began a major commitment in arranging events. Over the years a large number of national and international championships have taken place on the course, on both amateur and professional levels. Kättilstorp, as the course is known as locally, is a classic golf course near the city center. Only Softspikes are permitted. Dogs are not allowed on the course. 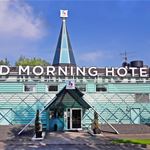